On behalf of concerned marine mammal scientists and researchers, Kristen Schlemmer of Irvine & Conner PLLC filed an amicus brief (also known as a “friend of the court” brief) in support of a petition for rehearing of the Eleventh Circuit’s January 12, 2018 decision in People for the Ethical Treatment of Animals, Inc. v. Miami Seaquarium.

The Eleventh Circuit’s decision diverged from Endangered Species Act precedent applied by other federal courts across the United States, as well as the plain language of the ESA, to create a brand new standard. According to the Eleventh Circuit, “harm” or “harassment” to captive endangered species only violate the ESA if they “pose a threat of serious harm” to the animal. The Eleventh Circuit then  concluded, without any review of the record evidence, that extensive behavioral, psychological, and physical injuries suffered by Lolita, an orca living at the Miami Seaquarium, could not meet that standard.

The plaintiffs-appellants persuasively argued that Eleventh Circuit’s new legal standard, created by a three-judge panel, is incorrect and should be reheard by the entire court. The scientists and researchers represented by Irvine & Conner filed their “friend of the court” brief to further assist the Eleventh Circuit with understanding the factual errors in the panel’s opinion. 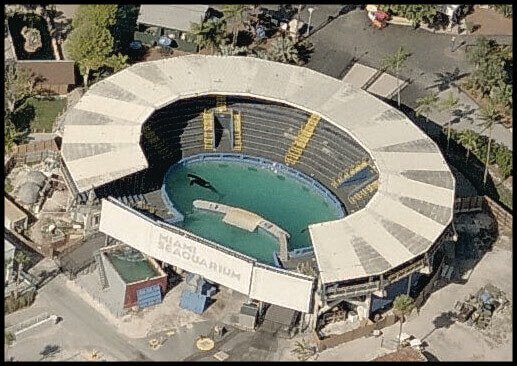 Among marine mammal scientists and researchers like those represented by Irvine & Conner, Lolita’s case is regarded as unique. No other orca living in captivity has been kept in such close confinement for more than 45 years. No other captive orca in the United States has been deprived of same-species companions, let alone for 38 years. And no other orca has been subjected to near-constant daytime sun exposure for decades.

These living conditions make the extent of Lolita’s physical, psychological, and behavioral injuries unsurprising. What is surprising is the Eleventh Circuit panel’s conclusion that despite robust evidence to the contrary, these injuries do not “pose a threat of serious harm” to Lolita. In the view of the scientists and researchers represented by Irvine & Conner, Lolita’s aggregate injuries represent severe, chronic injuries relating directly to her problematic living conditions.

The brief filed today argues that the panel of the Eleventh Circuit erred because in creating a novel standard to govern ESA claims involving captive animals, the panel overlooked a critical step: construing the evidence in the light most favorable to plaintiffs-appellants in view of that standard. “Endangered Species Act cases like this one present hotly disputed, intensively factual issues that typically must be resolved at trial,” Kristen Schlemmer said. “Under the Eleventh Circuit’s new standard, plaintiffs-appellants presented more than enough evidence to defeat summary judgment and avoid early dismissal. The Eleventh Circuit should grant rehearing in order to correct this error.”

A copy of the brief is available here. To learn more about Lolita’s plight, please visit PETA’s page here.